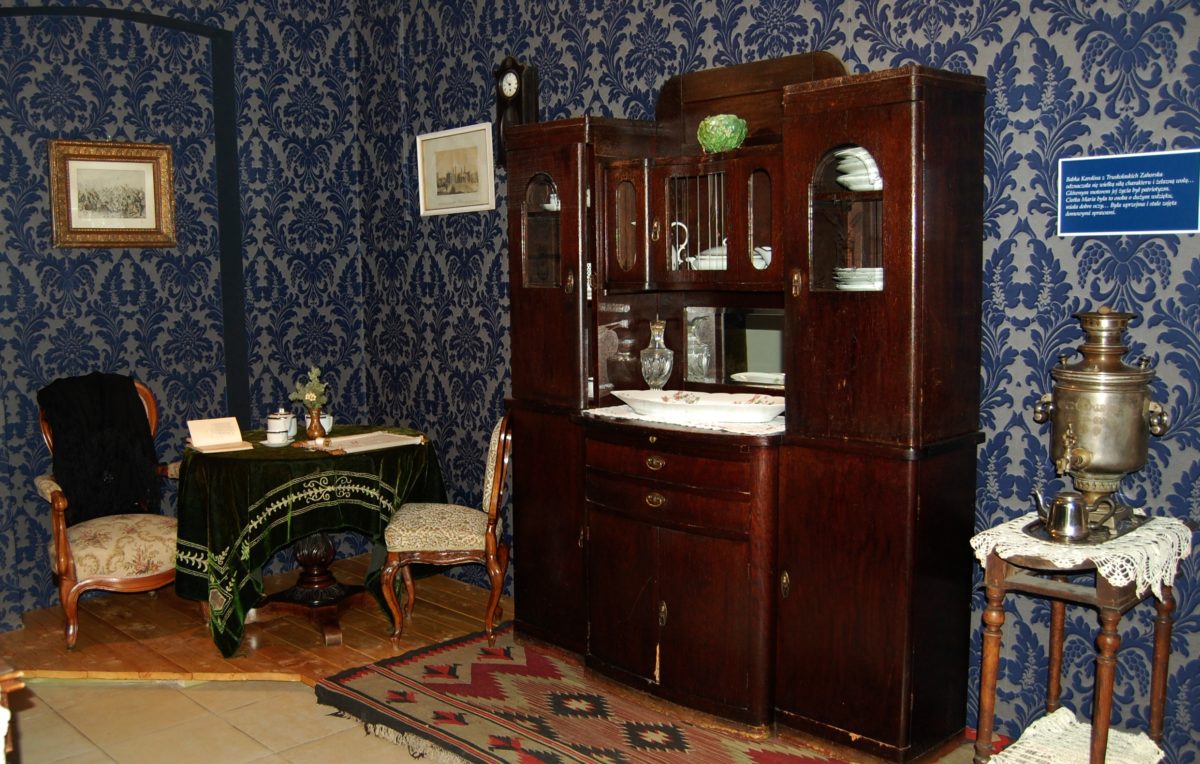 The History of the Museum

The notion of setting up a museum in the house were Maria Konopnicka was born first appeared during preparations for marking the fortieth anniversary of her death, when it cropped up in connection with plans for establishing the Suwałki Region Museum. However, the efforts undertaken by the Municipal Presidium of the National Council in Suwałki* with a view to expropriating the property at No. 31, ul. Tadeusza Koszciuszki (Tadeusz Koszciuszko Street) failed to produce the desired result.

In 1956, a community museum was established at the initiative of a museologist by the name of Antoni Patla. Known as the Regional Museum, it was based in part of a former social club. In 1965, it was transformed to become the Suwałki Region Museum.

In 1967, the local authority decided to evict the tenants living in Maria Konopicka’s birthplace and assign the building to the museum. Efforts to set up a museum devoted to the poet finally reached their conclusion in 1973, primarily thanks to the endeavours of Zygmunt Filipowicz, the director of the Suwałki Region Museum at the time. On 23rd August that year, the doors opened to the public for the first time. The exhibition was entitled Maria Konopnicka, 1842-1910 and it occupied just two rooms.

A year later, it was extended to include a small, nineteenth-century sitting room and an exhibition of Jan Marcin Szancer’s illustrations to one of Konopnicka’s works for children, O krasnoludkach i o sierotce Marysi (Of Dwarves and Little Orphan Mary).

When the Suwałki District Museum was opened in 1975, the Maria Konopnicka Museum was transformed into a branch of that institution. In 1978, the entire property was purchased and transferred to the museum. Even so, given the city’s lack of flats and possibilities for providing its inhabitants with accommodation elsewhere, more than a dozen families continued to live in the main building and the household buildings alike. That state of affairs continued right up to 1987.

Renovation work was launched in 1990 and it took five years to complete. In December 1995, a new permanent exhibition entitled Maria Konopnicka, 1842-1910. Behind the Closed Doors of Time opened its doors. It spread across the entire ground floor.

Three years later, the museum’s brief was extended, enabling it to expand the topics and themes encompassed by its work. In 2002, the newly renovated ‘Little Palace’, which was intended for temporary exhibitions, was commissioned into use. The Suwałki Literary Department was established in 2008 and tasked with documenting the region’s literary life and protecting the legacy of its writers.

More renovation work was undertaken between 2016 and 2018 and the museum is now forging ahead with the creation of a new, permanent exhibition to fruition.

The Maria Konopnicka Museum is an important point on Poland’s museological map. A number of fascinating exhibition have been held here, not only covering topics such as outstanding literary artists and the history of Suwałki, but also themes addressed to children, to name but a few. A host of ‘in person’ gatherings, lectures, talks and workshops are held for adults, young people and children alike. Despite the passing of time, the memory of Suwałki’s Maria Konopnicka lives on and continues to fill the rooms of her family home.